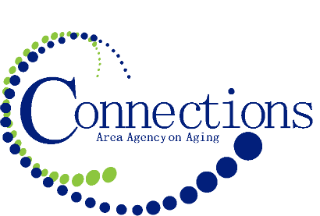 Connections distributes Beyond Driving with Dignity Workbooks to local libraries

Connections Area Agency on Aging is celebrating Older Americans Month and honoring “Communities of Strength” by donating Beyond Driving with Dignity workbooks for older drivers and their families. These workbooks will be distributed as gifts to all of the public libraries in the twenty-county service area which Connections Area Agency on Aging serves.

Connections Area Agency on Aging hopes that having these workbooks in local communities will empower the families and caregivers of older drivers.  “It will give them to tools to step out of their own comfort zone to help keep a loved-one safe and independent for many years to come” stated Jan Schnack, Caregiver Community Outreach Specialist at Connections Area agency on Aging. She continued, “Our staff at Connections believes this workbook will serve as an invaluable resource for caring and compassionate caregivers struggling with concern for an older driver.” Local libraries play a key role by allowing us to provide easy access to this workbook at no cost to families.

The population of people 65 and older increased by 32 percent from 2009 to 2018.  Traffic crash fatalities in this age group increased by 30 percent over this period.  Many Americans will face addressing this topic at some point in their life. Connections Area Agency on Aging knows this is a collaborative effort between family members and the older driver in making a smooth transition from the driver’s seat to the passenger seat.

Connections Area Agency is one of six Area Agencies on Aging in Iowa, and part of a nationwide network. With a mission of enhancing the quality of life for elders in 20 counties through education, planning and coordination of services, Connections Area Agency on Aging is the premier agency for assisting elders, caregivers, and their families to access the information and services needed for independence and life transitions. Offices are located in Council Bluffs, Creston and Sioux City. For more information, contact Connections AAA at 800-432-9209 or at www.connectionsaaa.org

Ongoing support is important to enabling projects to continue their work, so we encourage donors to continue to contribute to projects over time. But if you must cancel your recurring donation, please notify us.